Roger E. Olson is professor of theology at George W. Truett Theological Seminary of Baylor University in Waco, Texas. He received his PhD from Rice University and is a well recognized historical theologian and advocate of Arminianism. Among his various publications include, The Story of Christian Theology: Twenty Centuries of Traditions and Reform, The Mosaic of Christian Belief: Twenty Centuries of Unity and Diversity and The Westminster Handbook to Evangelical Theology.

The thesis of Arminian Theology: Myth and Realities stays true to its title. Olson’s desire is to inform readers of the misunderstandings of classical Arminian theology and to offer a corrective. (15) It is not the effort of the author necessarily to offer exegetical evidence for the doctrines taught in Arminian theology; however, the goal is to provide information for the sake of clarity. (43)

Olson attempts to plant Arminianism firmly in the spectrum of evangelicalism by arguing that it is not totally opposite of Calvinism. The argument is mainly concerned with the fundamental doctrines of the faith. Olson shows that the two camps both hold to the historical teachings of the ecumenical councils, but does not shy away from mentioning providence and depravity. (58) However, Olson wants to make very clear that Arminianism and Calvinism are distinct and no hybrid should be considered. The major doctrines prevenient grace vs. effectual calling, unconditional vs. conditional election, and monergism vs. synergism show that these two camps must stay distinct. One cannot claim to be both. (68) Furthermore, Olson suggests that there is an important misunderstanding in the foundational difference between the two camps. Rather than the bondage of the will vs. libertarian free will, Olson claims that the difference is whether God is pictured to be all powerful and controlling or loving and merciful. (73)

Among the more serious myths suggested by Olson is that Arminianism is not a grace centered theology.  He defends Arminianism’s belief in total depravity and cites various Arminian theologians to support his cause. (142) Following this Olson defends classical Arminianism by arguing that the system believes no one can be saved outside of God prevenient grace. (160) Olson argues that for Arminius grace was not the issue, but whether not that grace could be resisted. (162) He offers sources such as Arminius, Wesley, Wiley, Miley, and others to prove his point.

Due to the number of myths offered by Olson, ten in all, it is not possible to cover them all adequately. Of main concern are those that would exclude Arminianism from evangelicalism. Among the other doctrines discussed are sovereignty, predestination, justification, and the atonement. Once the general format is understood it is not difficult to have a basic understanding of the book. He provides a myth and then offers the historical corrective by citing sources from Arminian theologians. All of this effort is designed to shed light on the misunderstandings by Calvinist and to prove that Arminianism is an evangelical option.

There is no doubt that Olson is a fine historian. In his effort to defend Arminianism each chapter is filled with source material from Arminius, Simon Episcopus, Philip Lomborch, John Wesley, Richard Watson, John Miley, and many others. One can disagree with the logical conclusions of someone’s belief, but it is difficult to argue with what they actually believe when original sources are cited. This is the strongest argument Olson offers. He shows astute historical eyes and offers a variety of sources that back up his correction to the myth being considered. Furthermore, the clarity Olson brings in separating classical Arminianism form the Philip Lomborch and the Remonstrance is insightful. Olson writes, “Of course, this mistake arises from a misconception of Arminius’s own theology or for mistakenly equating Arminianism with the late Remonstrate Arminianism of the head.” (55)

Olson should also be commended for affirming Calvinism as an evangelical option. Although he cites many Calvinist authors who have claimed Arminiansim not to be evangelical, he does not overreact in his disagreements to exclude Calvinist brothers from the evangelicalism spectrum.

In recent years many have taken Arminianism to an extreme conclusion known as open theism. Olson is hesitant to adopt this view and for that he should also be commended. He writes, “If open theism is true, election and reprobation can only be corporate. But classical Arminianism bases a great deal on Romans 8:29, which seems to refer not to classes or groups but to individuals.” (198) That Olson finds biblical reasons to reject open theism is a positive. However, it is disappointing to find that Olson finds this position to be an evangelical option. In fact, in a footnote on pg. 198 the word “yet” is telling, “I consider open theism a legitimate evangelical and Arminian option even though I have not yet adopted it a my own perspective.” This compromise is disturbing and is sure to make many skeptical of Arminianism the closer these two views are related.

When analyzing a book it is important to follow the thesis and purpose to see if the author achieves the goal presented. There is without doubt that he achieves the goal of communicating information in order to correct misunderstandings of Arminianism. However, although Olson claims he does not want to offer exegetical proof he ventures into such discussions once or twice. When he does explore the exegetical side of the argument it is often done poorly and leaves the reader dissatisfied. When speaking of John 6 Olson writes, “Contrary to what some Calvinist commentators argue, the Greek word elko (e.g., John 6:44) does not have to mean “drag” or “compel.” (159) To back up his claim Olson cites an unpublished exegetical paper. This is all the argumentation he gives. This will be frustrating for those who oppose the doctrine of prevenient grace. If, as stated by Olson, his goal is not to offer exegetical argumentation then he should have been hesitant to enter this discussion in the manner he did. Olson also says harsh things concerning the Calvinistic doctrines of sovereignty and providence. (118-124; 136) Olson claims that the Calvinistic understanding paints God into a moral monster. Furthermore, that the Calvinistic automatically makes God guilty of sin and evil. Again, the argumentation and claims made in these pages stray from Olson’s intention to provide information about Arminianism. Entering into the accusation and argumentation game in a book not intended to prove such arguments leaves readers wanting.

Despite the previous criticisms it should be noted that the majority of the work stays true to its intention. Olson provides a historical survey second to none concerning the doctrines of Arminianism. He uses original sources efficiently making it difficult for readers to find the sources cited to be guilty of the “myths” often associated with them. If the reader is wanting a thorough exegetical study of Arminianism this work is not appropriate. If readers want a clear survey of the Arminian position that is brief and readable then this book certainly is appropriate. Readers of all theological traditions should carefully consider what Olson has written. Regardless of whether one agrees with the theological conclusions this book serves as a helpful tool to provide clarity. Why? Because Olson is correct in saying, “Before you disagree make sure you understand.” (41) 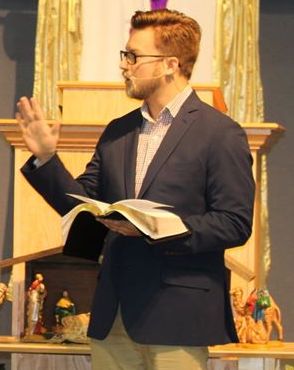